If the story involves an obscure Boston Bruin from the 1980’s or a folk singer you’ve never heard of, chances are Neil Cote’s telling it.

That’s when you know it’s gonna be good—just like the stories he writes. 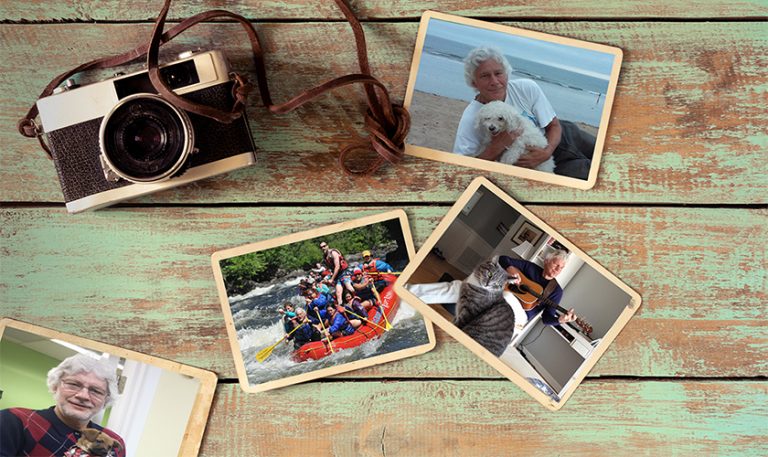 Fiction, magazine features, game previews, song lyrics—Cote’s crafted them all, his trademark wit and anecdotal flare never more than a battered keyboard away. His interviews feel equally seasoned, to where you never know if he’s talking to a client or an old acquaintance.

A graduate of Washington and Lee University in Lexington, Virginia, he fell in love with sports writing, penning columns for the “Boston Herald,” and “The Tampa Tribune”.

When he wasn’t penning colorful recaps and poignant profiles, Cote could be found, well, just about anywhere: Eating piranha alongside world-renowned photographers on an Amazon charter boat; tracking wolves and deer in his mother’s homeland of Poland; or high-stakes scuba diving off the coast of Florida.

“I’ll tell you, you don’t wanna be spearfishing underwater when there are sharks around,” he says about the latter.

Today he makes his home in Saco, Maine, old folk records playing on the speakers and a Carl Hiassen or Dennis Lehane novel dog-eared on the bureau. Other nights, you might find him watching the Bruins or Red Sox, stories of Yaz and Terry O’Reilly forever at the ready.

“Bobby Orr had the god-given gifts,” he says, “but what I loved about Terry O’Reilly was how he took a beating and got right back up.”

New Hampshire born and raised, Cote calls himself a Mainer in spirit, and the title more than suits him, from the May-to-November ocean swims to a back-of-his-hand knowledge of local haunts.

So if you’re ever in the market for a good story, whether typed or summoned from an endless well of tales, pop into the writer’s den and see what Neil’s got on tap.

Best Maine food you don’t know about: Fried clams from Ken’s in Scarborough

Does he know where Marie Johnson is?: NO!!!