Home » Blog » Trueline Spotlight: She Knows What Colors the Walls Will Be

Marcela Zuluaga—soon to be Marcela Carr—does not speak “carpet language,” so it took a while for her to convey all the details to the contractors who will be replacing that gray, stringy stuff on the office floor. 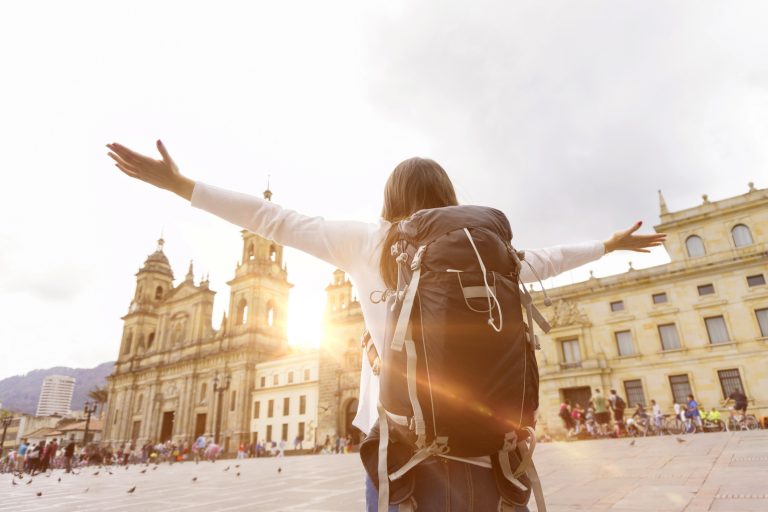 We forgive her. It’s not her job to tend to such things as the office renovation; she’s just the one who finally did something.

So you could call her a doer. You could also call her multilingual, outside of her knowing carpet lingo. Marcela is from Bogotá, Colombia, having come to Maine six years ago with plans to learn English and get a Master’s degree. Why Maine? An ex-boyfriend assured her that no one speaks a lick of Spanish in America’s second whitest state. Language immersion would be complete.

Not someone who shies from adventure—or leopard print shoes—she learned the language at the University of Southern Maine. Then, she earned her MBA from Husson University.

She puts these credentials to good use running the Latin American department for Trueline. At times, this has required her to seek content, do ad sales and write stories because she is the only employee fluent in Spanish. These days she has the support of colleague Diana Carrillo; and those Latin America stories are written in English for bilingual clients by her lovely writers, not her.

Even so, Marcela wears a lot of hats. She’s glad Maine has plenty of opportunities for unwinding. Having grown up swimming competitively, she now prefers hiking and kayaking.

And when there’s time for it, traveling. She remembers as a young person going to Barcelona with what seemed like a lot of money. That 1,000 Euros went quickly. Soon, she was reselling that camera she just bought and teaching salsa, briefly, before settling on a bar tending gig in a tapas restaurant.

Her business decision-making has improved since then. As for her sense of adventure? Stay posted for the new office color scheme.

Does she have special powers of communication with her twin sister? No.

Does she ever stray from her vegan diet? She ate cheese a few months ago but remains committed to the fair treatment of animals.

Does she have a favorite color? White. No, blue.