By the time you’re 29, you’re lucky if you’ve seen three boats up close—of any size. Getting to ride on three boats? You officially qualify as royalty in at least a dozen countries.

Owning three boats? A mere mortal you surely are not! 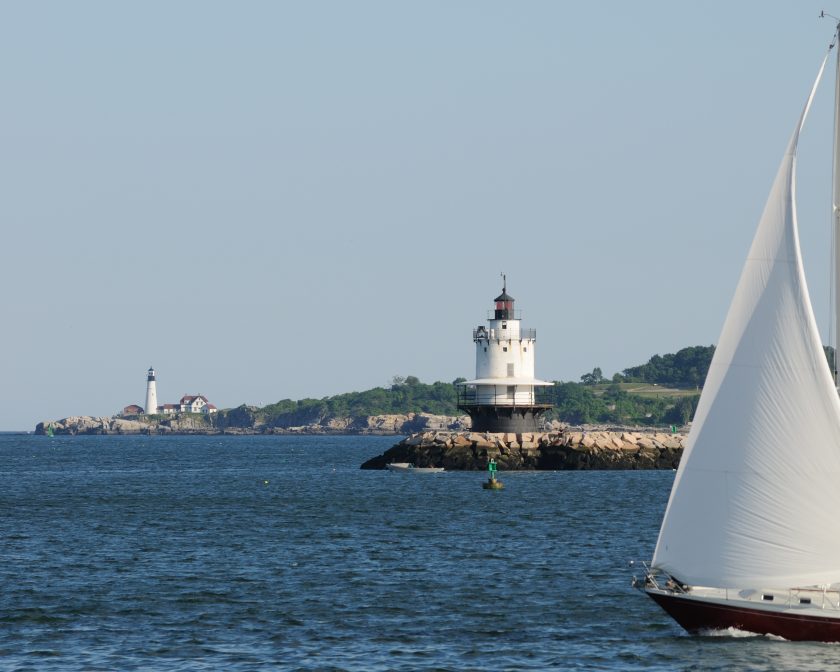 Okay, okay, so Sean O’Reilly never owned three boats at once. But he’s still a capital-G God within the pantheon that is Trueline. Just look at the size of that water mug he carries around. Like a thirst-quenching Mjölnir.

O’Reilly’s third boat, which he presumably christened with a bottle of Champagne Krug Clos d’Ambonnay (1995), is named Kangaroo, in honor of that most majestic of seafaring beasts. Ever a sovereign of the people, O’Reilly has thrilled many a Trueliner with summer sails around Casco Bay.

“We’re really lucky to live and work in such an amazingly beautiful place,” O’Reilly says. “Casco Bay is one of the best cruising grounds in the world, and in order to run aground you basically have to be trying to.”

And to think he came east kicking and screaming. Born and bred two hours north of Philadelphia (this still qualifies as “the suburbs,” apparently), O’Reilly moved to Maine with his parents when he was 14.

After a semester at the University of Maine, he headed south to Portland, enrolling at USM with designs on studying biology. But the water soon beckoned, albeit a tamer type: raft-guiding on the Kennebec and Dead rivers. According to O’Reilly, during one particularly harrowing trip, he managed to repel a frenzy of river sharks from eating Jennifer Lawrence. Google returned zero results for this search, but I believe him.

O’Reilly came aboard as a content coordinator in 2011. Seven years and several creepy mustaches later, his latest title—DIRECTOR OF PROFESSIONAL DEVELOPMENT (he insists this be all caps and red)—finds him utilizing his greatest strengths: communication, teambuilding and the occasional backtalk.

“Getting to work with all our content coordinators helps me keep tabs on where the company is,” O’Reilly says. “Plus, Haj lets me argue with him.”

But it’s on the open water that O’Reilly feels most free. And if you’re still skeptical that a man who wears zip-up sweaters over Hawaiian shirts and sandals in January can be trusted to safely navigate a vessel that once “had 20 leaks in it,” worry not: He’s almost done reading the entire Horatio Hornblower series.

“If Kangaroo ever gets caught in a cannonade from Napoleon’s navy, just know I’ll have everything under control,” O’Reilly says. “Worse comes to worst, we’ll offer Bagley [Trueline’s operations guru] as a hostage.”

How many times have his boats capsized: “I don’t really remember. Somewhere between 10 and 50.”