Although Erica Berry, director of digital marketing, can always be found hard at work in the back corner of TLP’s offices, she was once much harder to locate.

Born and raised in the small town of Randolph, Maine (population 1,772 people, as of 2010), Erica headed yet farther north at 18 to attend the University of Maine with a semester-long study abroad stopover in Alicante, Spain. 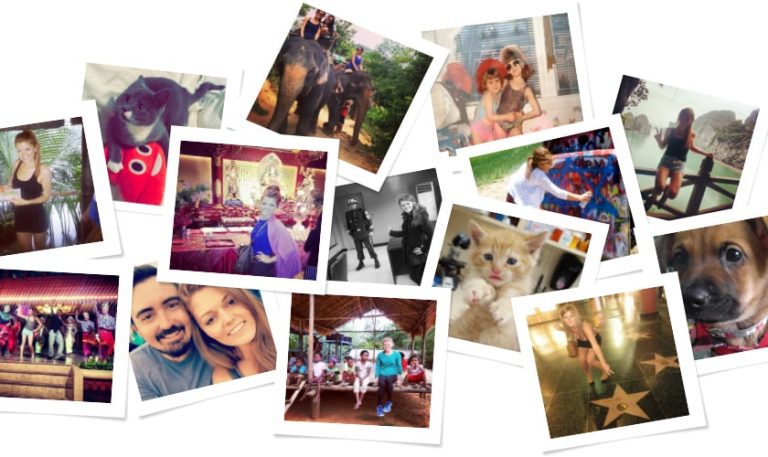 Shortly after graduation, she packed her ’98 Toyota Corolla and set off on a fascinating and fun-filled 10-day road trip to what would become her new home, San Diego. This non-linear voyage included numerous detours, such as the Cadillac Graveyard in Amarillo, Texas, and a night in Oklahoma, which she calls “the weirdest state.” No further comment on that night.

The only part of the journey that wasn’t fun: Not having a functioning air conditioner.

After three years in SoCal, she hopped across the Pacific to spend a year teaching English in South Korea. Taking advantage of the geographic proximity, she also hit up North Korea (by just a few lawful steps), Hong Kong, Singapore, the Philippines, Malaysia, Indonesia and Vietnam. In Vietnam, she was once crowned the spring-roll-rolling champion on a cruise ship.

A friend’s wedding brought her back to Maine in 2014, and for numerous reasons—homesickness for friends and family among them—she stayed and reclaimed her Mainer status. Shortly afterward, she was hired by Trueline, and is thankful to have been a dedicated member of the TLP Family ever since.

Pet peeve: When people drag their feet when they walk. And walk super slowly on the sidewalk. And abruptly stop when walking. Be like Erica and keep it moving, people!