For a just few years before he became a content coordinator at Trueline, Nick was a senior defenseman of the Yarmouth High lacrosse team looking to make good on the goal he had set as a freshman: Winning that Class B title. 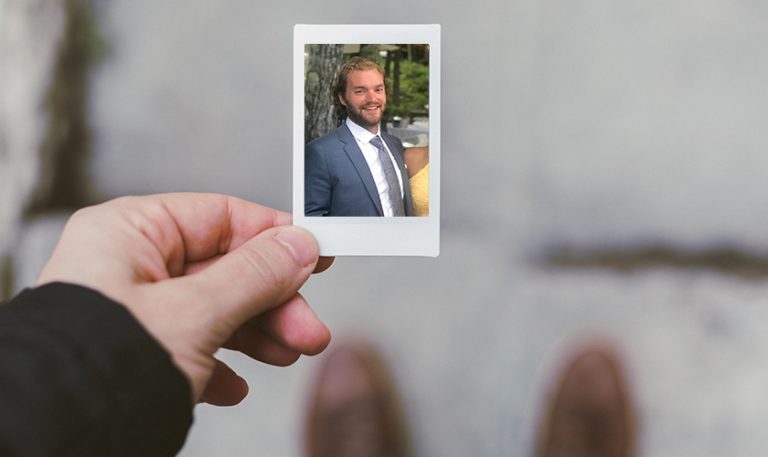 That the Clippers did, but without any tantrums from Nick, one of four Clipper captains.

“I just led by example and so did the other captains,” says Nick, who went on to play the game at Randolph College in Virginia. “First one on the field, last to leave, play hard and for the most part, keep my cool.”

For the most part, that is; seems Nick was among the team leaders in penalty minutes. Ditto for when he was a tenacious blueliner for the Clippers hockey team. But that can be at least partially excused; defensive players in both sports tend to be whistled for restraining fouls. At any rate, Nick demonstrated a blue-collar, lunch-pail work ethic.

As he does at Trueline, albeit in a T-shirt.

But the financial and investment professionals whom he entices into being featured in Equity and Vision, well they know he’s well-suited for the job. As did the parents of Ian Nichols, another tried and true content coordinator of impeccable reputation.

For back in 2014, Nick met up with Mr. and Mrs. Nichols while watching the New England Patriots at Binga’s Wingas in Yarmouth. Upon telling them that he’d like to get away from construction work and landscaping, they beckoned him into reaching out to Ian, who recognized Nick as being such a fine fit for the all-important company culture.

He is indeed, doggedly pursuing business with a low-key approach as well as a no-excuses, results-count mindset.

“Content providing can be like lacrosse or hockey,” reminds Nick. “You’ve got to be goal-oriented as well as a team player.”