Most kids are content to run around their own backyards—or the neighborhood, age and parents permitting. 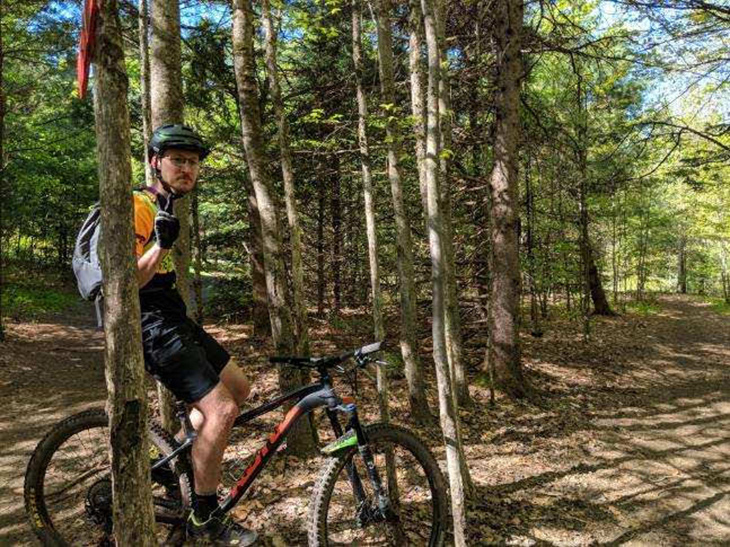 Trueline’s Dan Horton got something slightly larger in scope: the history-laden (and possibly haunted) grounds of Gettysburg, Pennsylvania.

“I would bike around those battlefields all the time,” Horton recalls. “We had secret spots where we’d go and hide out or camp overnight, basically playing chicken with the park service. We felt like it belonged to us. Also my buddy’s dad was a ranger there, so that helped.”

When it came time to choose a college, Horton stayed close to home, earning a B.A. in Philosophy—“and a minor in Frisbee”—at Gettysburg College.

He spent his first post-grad year working for the South Central Community Action Program, where he would work with local farmers of Adams’ County to glean blemished but perfectly edible produce to distribute—free of charge—outside a local food pantry.

Spurred by a lifelong love of the outdoors, in 2016 Horton upped stakes and moved to Vermont. There, he spent five months as a member of the Youth Conservation Corps, building trails along the state’s Long and Appalachian Trails.

He also met the love of his life.

“I remember introducing myself to Emily for the first time and extending a hand to exchange pleasantries,” Horton recalls. “She will say that the sun was in her eyes and she didn’t see the extension, but she totally ignored my attempted greeting. It was love at first sight.”

“I remember introducing myself to Emily for the first time and extending a hand to exchange pleasantries. She will say that the sun was in her eyes and she didn’t see the extension, but she totally ignored my attempted greeting. It was love at first sight.”

The following year, Horton took a job as a volunteer supervisor for the Appalachian Mountain Club in New Hampshire, organizing volunteers to rebuild the organization’s world-renowned trail systems.

In 2018, Horton’s New England tour moved to Maine, where he spent six months at the Wolfe’s Neck Center for Agriculture & the Environment before joining Trueline this past October.

In the Forest City, Horton has found his newest playground; whether he’s biking along Portland’s many trails or finding new favorite haunts (Becky’s Diner and Taco Trio are high on the list). Though he still sets aside a few weekends a month for adventures in the White Mountains.

“It’s always fun going to find your friends in the middle of nowhere,” Horton says.

Come Monday, you can find Horton racking up interviews as a content coordinator for Blueprint, where he recently notched one of the journal’s most successful months ever. That is, when he’s not making short work of would-be ping-pong challengers.

Indeed, his prowess in the latter runs deep: After getting its first table when he was 10, Horton’s house became the go-to after-school hangout.

Apparently, the scene was far more serious than one might think.

“My friends and I tried to break the Guinness World Record for most consecutive rallies in less than a minute—without letting the ball hit the table,” Horton recalls with a laugh. “I think we got to 200. Which wasn’t close.”

Have you ever broken a ping-pong paddle?: Not intentionally, but yes.